At the beginning of last year I had a number of ideas that I was wanting to explore in my research. I dismissed them, a whole bunch of them. Throughout the year they were reappearing, in my conversations,in my (sub-) consciousness, in my Fb feed. Some ideas just do not want to leave us, a bit like that jacket that you really liked and talked yourself out of buying but keep on visualizing wearing it. Certain visions just do sincerely like us and perhaps the fact that they haunt us really means that they are for us. That it’s time to answer them.

I am in the process of gathering all my crazy visions and ideas of the last year into a draft for my supervisor. Of course, I am afraid of being criticized and rejected but I think that I came to realise that at this stage I cannot offer anything else – as these are the ideas and the truths that I am in possession of right now and my consciousness cannot venture further without those truths being explained and captured.

If there is one thing that I would wish for myself for this year, it would be to become more courageous. To not wait for a year for my ideas to reappear to trust them to be good, to accept them quicker and to just work with them as they are. I think I was quite courageous in my early 20s, by coming to the UK on my own and creating my own life here, but somewhere during that journey I got a little disillusioned with things and courage ceased to be one of my top-cherished values. This I intend to change this year.

I often think how to encourage my son to be perseverant. What should I say? What should I do? It only occurred to me recently that it’s courage that I should be imparting on him. That I need to teach him that he should be courageous because perseverant people are courageous and they know that failure is just a call for redirection. To embrace courage, we must embrace failure for “The physics of courage is such that if you brave enough, often enough, you will fail.” ~ Brené Brown. Perhaps, that is why my mother was always so insistent on us being courageous. On being courageous all the time. 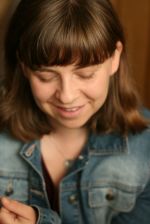